The hottest peppers in the world include the Ghost Pepper and Carolina Reaper, and new chilies continue to come through. Learn about these superhot varieties in this collection of spicy pepper content.

All of these superhot peppers rank over 1 million Scoville Heat Units (SHU). (For reference, an orange habanero goes up to 325,000 SHU.)

» Want to grow these peppers? Check out Growing Peppers from Seed to Harvest – The Ultimate Guide

Cross between the Ghost pepper and the Douglah 7 pod.

» RELATED – Chocolate Bhutlah: Is it Hotter Than the Carolina Reaper?

One pepper is said to heat seven pots of stew.

Derived from the Naga Morich, which is a very hot pepper from Bangladesh.

From: Trinidad, USA and Australia

Previous record holder of the world’s hottest pepper in 2011.

This super hot pepper is known for its “delayed reaction” where at first you enjoy the hot fruitiness, and after 10 seconds, the full force of its heat hits you.

Developed by selective breeding of the 7 pot pepper from Trinidad. Besides the insane heat, pods are known for their bumpy texture, which looks like the human brain.

There’s always another “hottest pepper in the world” on the scene. Preliminary testing shows that Pepper X (3.18 Scoville units) and the Dragon’s Breath chili (2,483,584 SHU) could potentially be hotter than the Carolina Reaper Scoville level. Official testing needs to be done before we add it to our list of hottest peppers.

The Ghost chile (Bhut Jolokia) isn’t one of the top 10 hottest peppers, but it deserves a mention because it’s a major record-breaker. Specifically, the Ghost pepper was the first chile to rank at over 1 million SHUs when it topped the scale at 1,041,427.

Since then, the term “super hots” or “superhots” is used to describe peppers that also rank over 1 million Scovilles. Check out the guide to different types of Ghost peppers to learn all about these chillies.

Where To Buy The Hottest Peppers & Products

Looking for fresh hot peppers, seeds or popular challenges like the Paqui Carolina Reaper chip? Below, are lists of curated products in these categories.

All kinds of pepper plants. Availability varies by season.

Contains two of the hottest peppers — Carolina Reaper & Scorpion pepper — in one chip.

How To Use Super Hot Peppers

So what do you do with super hots? Here’s a collection of recipes from our spicy kitchen to give you some ideas. 🔥 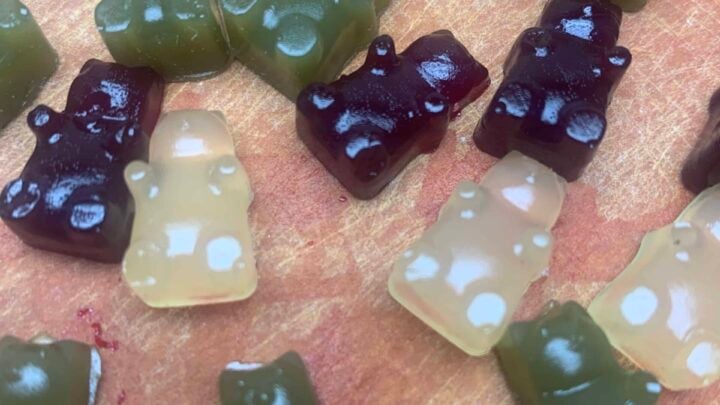 This spicy gummy bear recipe uses your favorite juice and peppers to create fiery candy. You can make these hot pepper gummies with gelatin or Agar for a vegan option. 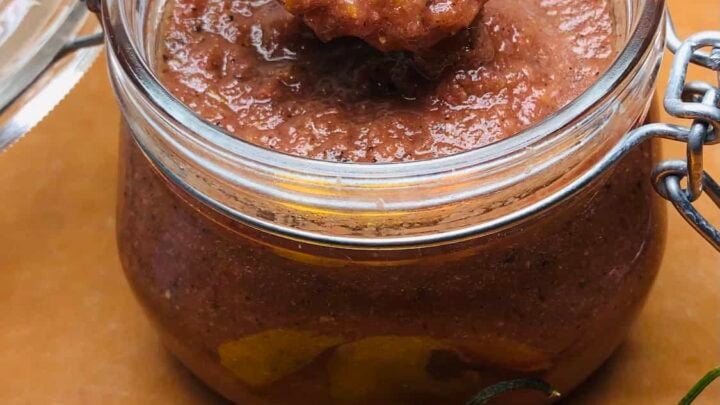 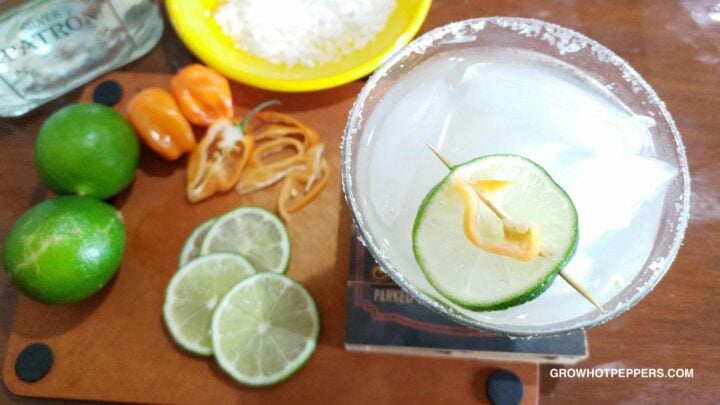 Love drinks with a kick? This spicy margarita recipe features the deliciously hot habanero pepper. This is a quick, easy & super flavorful cocktail! 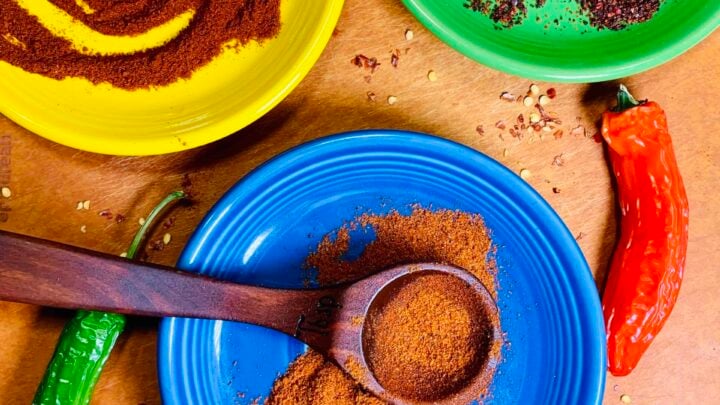 11 Cayenne Pepper Substitute Options You Can Use In a Pinch

If you run out of cayenne powder, here are 11 substitutes you can use instead. This list includes both fresh and dry pepper alternatives.

So, what do super hot peppers taste like, and how do you grow them? These articles answer these questions and more. 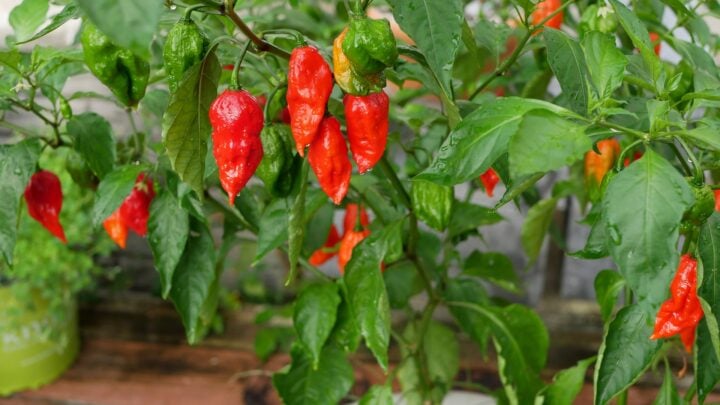 The ghost pepper (Bhut Jolokia) comes in more than just the red ghost pepper variety. Read about the ghost chili Scoville, its colors and how to grow ghost peppers in pots. 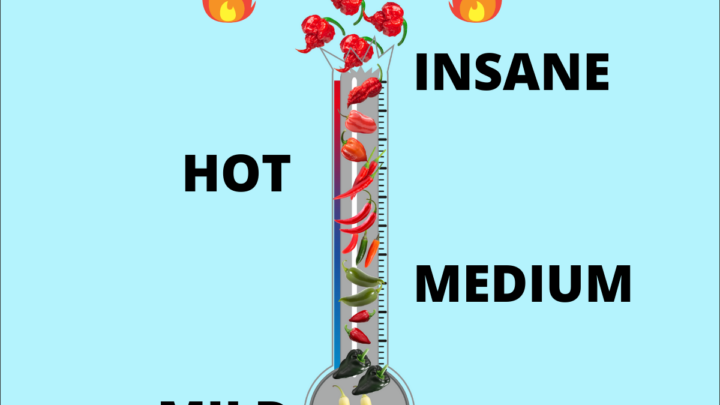 What Is the Scoville Scale for Peppers?

The Scoville scale measures the heat level of chile peppers. Learn how this spicy scale works and discover how your favorite peppers all compare in heat levels. 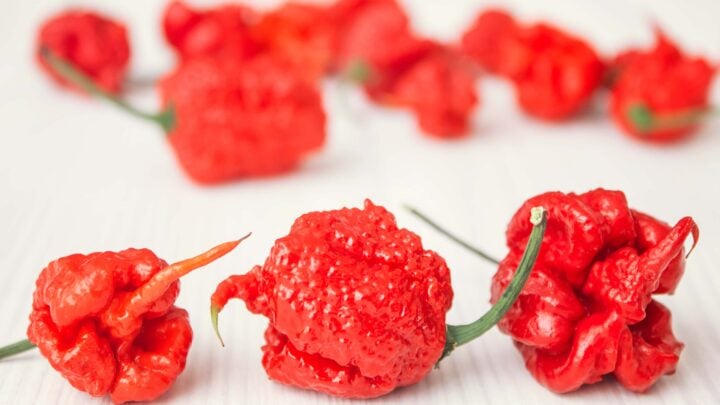 Carolina Reaper: All About the Hottest Pepper [+ Germination Video]

The Carolina Reaper is officially the world's hottest pepper. Find out all about the Reaper pepper and discover how you can grow your own Carolina Reapers from seed. 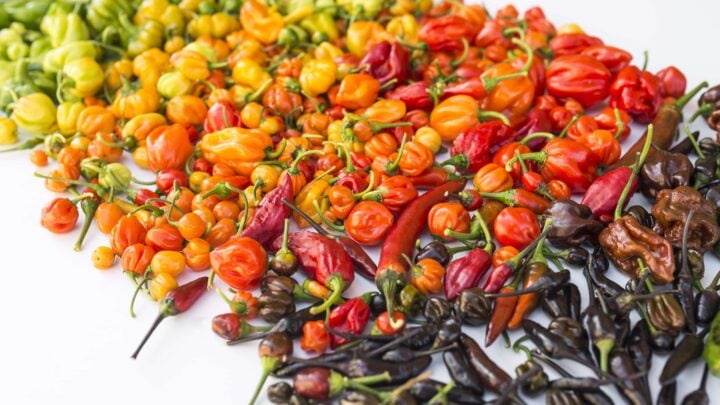 Where Do the Hottest Peppers in the World Come From?

Nuclear hot chillies come from many different places. Here's a list of some of the hottest peppers in the world where each pepper has a rating of over 1 milliion Scoville Heat Units (SHU) or more. 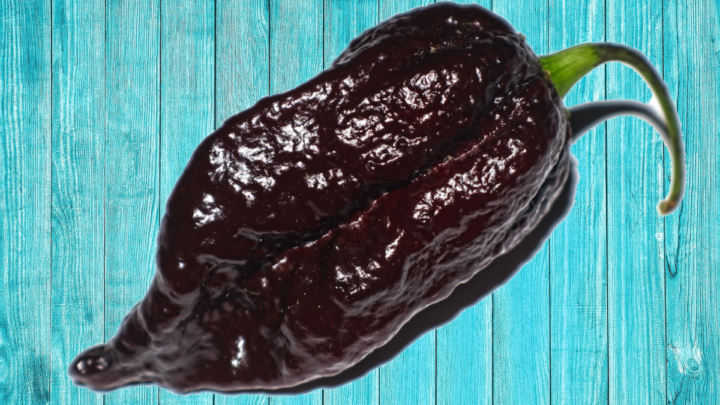 Chocolate Bhutlah: Is it Hotter Than the Carolina Reaper?

Heard about the Chocolate Bhutlah? If you love super hots, read on! Here, we discuss whether this Bhutlah pepper is hotter than the Carolina Reaper, along with other info you don't want to miss!

What are the top three hottest peppers?

Are ghost peppers the hottest peppers in the world?

The ghost pepper (Bhut Jolokia) was the first chile to rank over 1 million Scoville heat units, but the Carolina Reaper and other superhot peppers are even hotter.

What pepper is hotter than the Carolina Reaper?

The Carolina Reaper is still the official hottest pepper; however, Pepper X and the Dragon’s Breath chili are said to be hotter. Official testing still needs to be done.

If you like the vibe around here, be sure to check out these pages:

Jenny T.B.
Jenny is the creator of Grow Hot Peppers and the writer of the gardening guides and many recipes on this site. She’s been growing peppers and all kinds of veggies for over 10 years. When she’s not writing or gardening, she loves eating spicy food, hiking and playing with her hamster.